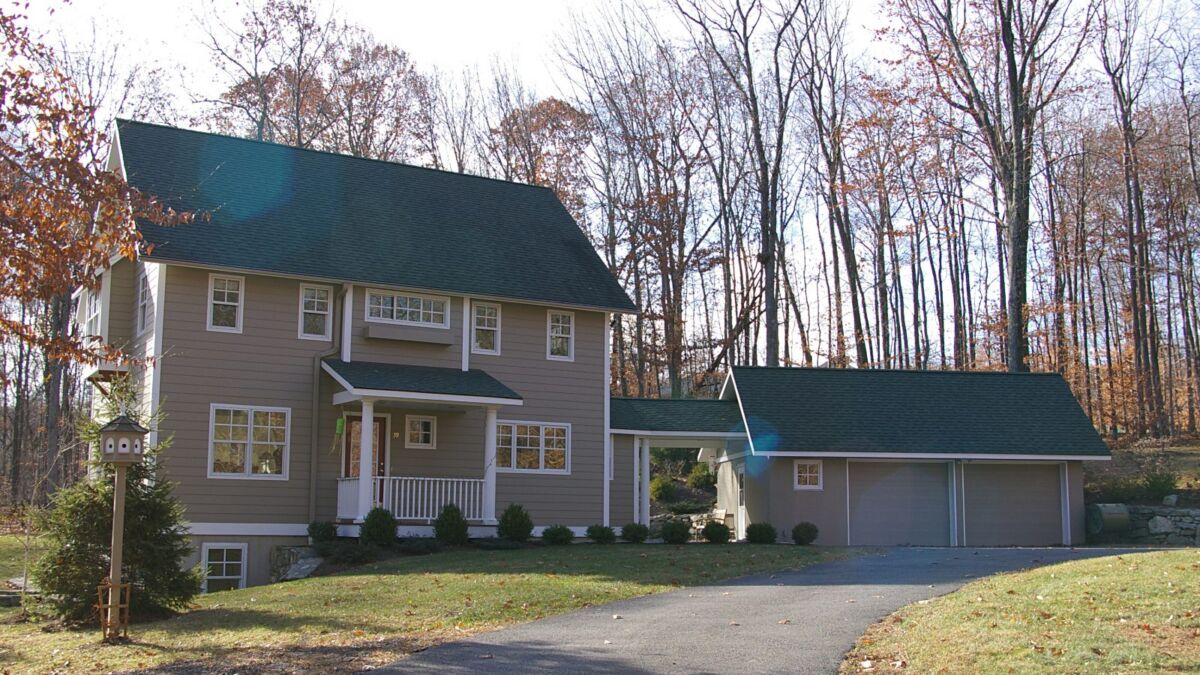 After months of renovation, Stacy Prince expects to breathe a lot easier once she and her family move back into their Westport home later this month. From the outside, the Prince’s saltbox colonial will blend in easily with other houses on their street.

One key feature, though, sets it apart: the pure air inside.

The 2,8000 square-foot former cape is being transformed into a “healthy house,” making it one of a handful, of houses in Connecticut designed to meet high performance standards for indoor air quality, similar to those laid out in the American Lung Association’s Health House program.

Living in this kind of home will enable the Prince family to breathe fresh, filtered air, thanks to airtight construction combined with devices such as an advanced air system that draws in outdoor air every few hours and exhausts stale air from the home, and a geothermal heat pump and ventilator that control moisture levels in the air to inhibit the growth of potentially harmful mold.

Having a home with clean air is critical for the family’s health, said Prince, whose 13-year-old son has asthma and 7-year-old daughter was diagnosed with leukemia in 1998. “It’s not going to be the biggest, most beautiful house, but it will be a happy house, and most importantly, a healthy home,” she said.

Interest among builders and consumers who want to learn how to improve the air quality in their homes is rising steadily nationwide as asthma rates increase and awareness grows about the health problems associated with poor indoor air quality, said Robert Moffitt, a spokesman for the American Lung Association Health House Program.

However, ensuring that a home has good indoor air quality can pinch the pocketbook. The American Lung Association estimates that building a home to meet Health House standards adds at least 3 to 5 percent to the cost of construction. the cost can be even higher to renovate an existing home.

And homeowners concerned about ensuring superior indoor air quality may have to sacrifice popular features, such as attached garages and gas cook tops.

Additionally, to some, healthy homes can feel somewhat sterile and some buyers are often wary of airtight homes that don’t breathe without mechanical ventilation.

But with growing evidence that some houses may be detrimental to the health of the occupants, especially those with asthma or allergies, homeowners are being encouraged to take steps to improve the air they breathe without extensive remodeling or building a new home, said Margaret LaCroix, a spokeswoman for the American Lung Association of Connecticut.

Solutions can be as simple as not smoking indoors or using a high quality furnace filter and changing it frequently. Finding leaks and repairing water damage can make a big difference too, she said. “We stress ventilation, filtration and moisture,” Moffitt said. “Homes cm be designed better to get air in, to reduce moisture and keep problems from occurring in the first place.

Connecticut is scheduled to be one of a half-dozen states nationwide hosting home tours early this fall to show homeowners what they can do to improve indoor air quality by combating common air pollutants in the home such as dust mites, animal dander and mold, which are known asthma triggers, LaCroix said.

The program also aims to educate homeowners and builders about how to ventilate houses to avoid high accumulations of potentially hazardous gases and chemicals including carbon monoxide, formaldehyde and radon.

Despite the benefits of air-quality enhancements, the additional expense for devices such as electronic air filters has historically turned off most consumers, apart from a small group who consider clean indoor air a medical necessity, said Bill Aman, president of the Hartford County Homebuilders Association.

Although the Health House concept is relatively new, Aman said, for years he has offered such devices as electronic air filters as an option on the homes he builds, but can’t recall ever having had a taker.

“It’s not something the market has responded real well to,” Aman said. “The response is: ‘Do I want to spend this amount of money or open a window?'”

However, Aman acknowledged that mold is a growing concern to builders who are searching for ways to combat the problem.

[BPC Green Builders] in Ridgefield, who asserts that high-performance designs not only prevent indoor air pollution, but decrease the occurrence of moisture-related structural problems as well.

Trolle built the first Health House in Connecticut in Roxbury in 2000. He remains the only builder in the state certified by the American Lung Association for this type of construction, which is based on principles of building science. Trolle, who also is renovating the Prince’s home, describes building science as the physics of air, heat and moisture flow.

When built properly, these high-performance homes provide superior indoor air quality, and the air-tight construction and high degree of insulation make them energy efficient and comfortable to live in because the air temperature and humidity remain consistent, he said.

“People don’t think about the air they breathe,” Trolle said. “It’s either comfortable or uncomfortable.”

Kevin Kennedy, who owns the Health House in Roxbury, said it was the overall quality of the home that attracted him.

Like most Health Houses, Kennedy’s home has primarily hard-surface flooring, including wood and linoleum, which are easier to clean, inhibit the growth of molds and bacteria, and don’t trap allergens such as dust mites. It also features cabinets and kitchen countertops that don’t emit fumes that can irritate people with chemical sensitivities.

Given the Princes’ health concerns, they too were careful about what products they purchased as part of their renovation; even installing a wire closet system to avoid the fumes associated with other types of shelving, she said.

However, Prince acknowledged that with a limited budget, the family couldn’t do everything they wanted and had to weigh the health benefits of each product against the cost. Prince said their renovations cost about 20 percent more than a typical renovation, but would not reveal how much the family spent on updates.

Additionally, Prince said, she had to sacrifice certain amenities that could have threatened quality. A gas stovetop was among the hardest features to say no to. But the family decided it wasn’t worth installing an elaborate ventilation system. However, with a little extra planning, the Princes were able to put in a fireplace.

Although creating a home with good indoor air quality required extra work and money, Prince believes her family’s health is worth the investment.

“Once you look at the facts, you realize you have a choice, and I would rather make a healthy choice,” she said. “How we treat our bodies and our earth is important.”

Builders and consumers interested in learning more about how to ensure that the air in their homes is safe to breathe can call 800-LUNG-USA to talk to a representative from the American Lung Association. Information about Health Houses is also available online at www.healthhouse.org.

Reprinted with the permission of The Hartford Courant.