This is a renovation of a mid-twentieth century architectural icon. The house is a prototype for single-family urban housing development, designed for his own family by then Yale Professor of Architecture, Serge Chermayeff, who, along with Christopher Alexander, produced the seminal book of the time, “Community & Privacy”. The house, composed of three connected single-story pavilions enclosing open courtyards was the logical climax of the analysis underpinning “Community & Privacy”, and the house’s expressed intent was to demonstrate the principles of community and privacy. But it is also a poster child product from the age of “electricity-too-cheap-to-meter”. The spatial enchantment was capsized by discomfort from errant drafts and cold wintertime wall and window surfaces, and exorbitant energy bills when the promised bonanza failed to materialize.

The Chermayeffs sold the building shortly after its completion in 1964. The new owners made some “improvements” over the years. Our design challenge was to achieve the required program, and some major remediations – including some structural loading reconfiguration to resolve insufficiencies dating from the original design – and produce a result that looked as though Chermayeff, chastened by present realities, had returned. The decision to retain the basic form precluded addition, so a careful rearrangement of the interior space, particularly the bedroom wings, was undertaken. The new requirements for an en-suite bathroom and a small home office space forced the reconfiguration, and although every original partition was removed, the final rearrangement bears a strong resemblance to the original layout.

Particular aspects of the design solution included wrapping the CMU enclosure with 4″ of high-R polyisocyanurate insulation with a facing of 4″ CMU to match both the original surface, and the 8″ block module. The insulation was continued below grade to the footing – and a concrete grade beam was poured with sawn wood forming to replicate the visual presence of the original slab-edge. The enclosure enhancement included a tested air tightness at the Passive House standard – such that a single multi-point, air-sourced heat pump can satisfy the load. 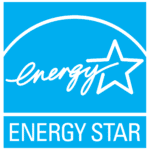 Since 1998 BPC Green Builders has pioneered green home building in our area. BPC is recognized locally, regionally, and nationally in articles and by winning awards and top certifications.