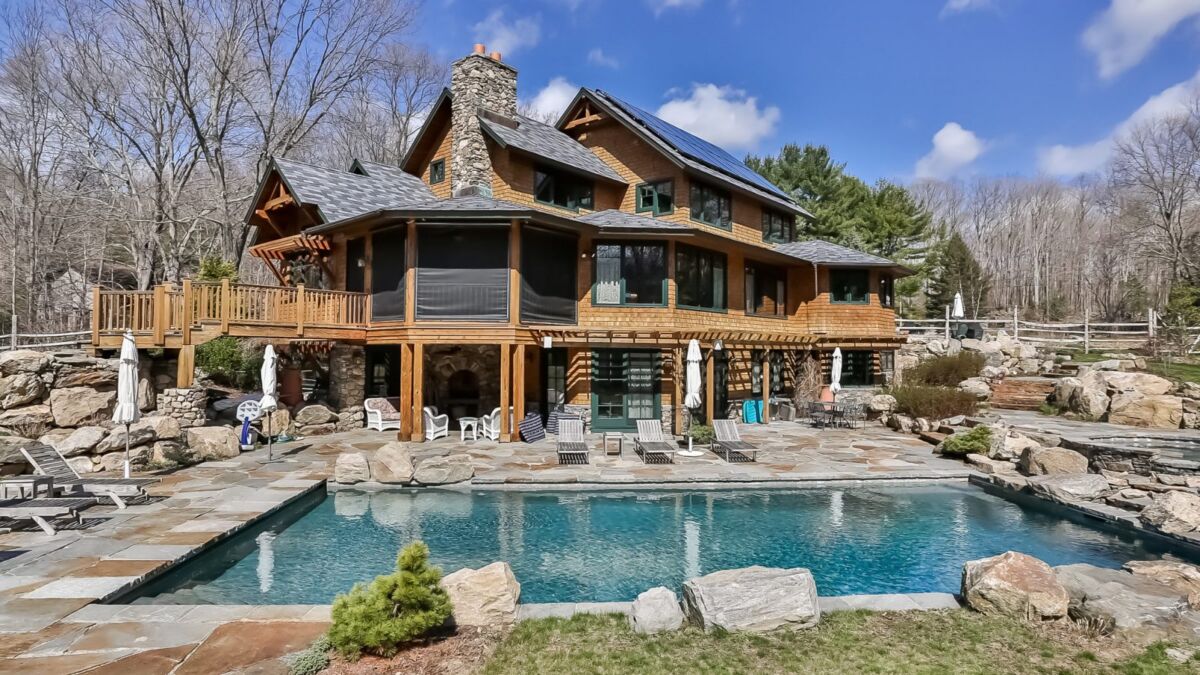 LEED for Homes certification involves earning points in the eight categories listed below for a wide variety of green features. Here’s a breakdown of how this new home BPC built earned sufficient points for its LEED for Homes Platinum certification.

• Integrated Project Planning – The owners began the project by selecting a team of professionals to work together to plan the home. This team included the owners, architect, landscape architect, builder, and LEED provider.

• Design Charrette – Planning for the home included multiple integrated team meetings. One of these early meetings was a full-day charrette where team members were able to get their ideas on the table, followed by a group discussion that resulted in a much better plan than would have been possible if planning had proceeded in standard fashion; that is, sequentially, from one team member to the next.

• Building Orientation for Solar Design – The home has been oriented and designed so that a large roof area faces solar south for the installation of a solar hot water collection system. The largest area of windows also faces solar south for passive solar heat gain to a concrete slab in the main living space that will store the energy for release at night. This glazing is protected by a roof overhang that shields the space from the sun during the summer but allows the sun to penetrate deeply into the house during the winter.

• Site Selection – The home site is not in a floodplain, and there were no threatened species nearby. The home itself was not built within 100 ft of water.

• Preferred Locations – The home site was previously developed for another home that had been demolished by the previous owner and is within an area that has already been heavily developed.

• Community Resources/Transit – The home site is close to a range of basic services which will reduce driving.

• Site Stewardship – During construction, the existing topsoil was set aside for re-use, and a plan to prevent erosion was implemented. Another plan was developed to limit the areas that were affected by construction and to repair other areas that had been damaged by previous work and development.

• Landscaping – The plan includes extensive non-invasive, primarily drought-tolerant plantings to greatly decrease the need for irrigation. Drought-resistant turf was planted over about 40% of the site.

• Reduce Local Heat Island Effects – The patio areas will be largely screened from the summer heat by trees.

• Non-toxic Pest Controls – The home was built on a masonry foundation, and all framing wood was kept well above grade and separated from the masonry to keep it dry. Penetrations and joints were sealed against pest entry with caulk and screens.

• Water Re-use – Rainwater from about 50% of the home’s roof will be collected and stored underground for landscape irrigation. In addition, State officials gave special permission to install and operate a grey-water system, which will collect shower, sink, and washing machine wastewater to be re-used for flushing the toilets.

• Irrigation System – The irrigation system was designed for efficient water use and distribution. Its performance will be verified by a third party.

• Indoor Water Use – There is a modern composting toilet in the master bath, and all other toilets, showers, baths, and faucets were selected for their efficient use of water.

• Insulation – The thermal envelope of the home (exterior walls and roof) has been insulated with spray foam to reduce heat loss. 2×3 strapping was installed horizontally across the wall studs and the roof rafters to create space for a layer of insulation to cover most of the framing, creating a thermal break which limits thermal bridging, or heat loss through the framing.

The insulation used in the home is as follows:

• Air Infiltration – The insulation described above sealed the thermal envelope of the home against air leakage which can be a big part of winter heat loss. The home has been tested to verify airtightness.

• Heating and Cooling Distribution System – The house is both heated and cooled primarily by conditioned air that travels through metal ducts. The metal ducts were designed and installed to deliver a calculated amount of conditioned air to each room. All ducts and mechanical equipment are located inside the thermal envelope so that no energy is wasted. Duct seams and joints are sealed with mastic to ensure that all conditioned air gets to its intended destination.

The great room on the 1st floor has a radiant floor heating system. Warm water is pumped through plastic tubes in a 2-1/4” concrete slab which radiates the heat to objects and people in the room. The slab is also heated directly and passively by the sun through large windows that face directly south.

• Space Heating and Cooling Equipment – There are several sources of energy to heat the house.

• Water Heating – Water for domestic purposes is heated as described above, first by solar panels, second by a pellet-fired boiler, and third by a propane boiler.

• Lighting – All lighting is fluorescent, compact fluorescent (CFL), or light-emitting diode (LED), which are all much more efficient than conventional incandescent light bulbs.

• Residential Refrigerant Management – The refrigerant used in the air conditioning system does not contain environmentally destructive hydrochlorofluorocarbons (HCFC) and was tested to ensure that the system was charged properly.

• Waste Management – Construction was planned to minimize waste. 90% of the waste created was diverted for recycling.

• Local Exhaust – The kitchen range hood exhausts odors and moisture directly outdoors. In the bathrooms, the ERV is used to exhaust the moisture, of which about 30% is exhausted outdoors and the other 70% re-distributed throughout the house to maintain a comfortable relative humidity during the winter months.

• Contaminant Control – The main entry has a walk-off mat, as well as an area where people can remove and store their shoes. There is a central vacuum system that filters out particulates and then exhausts the air outdoors.

• Radon Protection – All penetrations of the ground-floor concrete slab have been carefully sealed to prevent radon entry into the house.

• Education of the Homeowner – An owners’ manual includes basic operational and maintenance instructions, equipment documentation, and digital photographs of all of the framed walls and floors taken prior to the installation of drywall and other finishes. The builder has conducted a walk-through with the owner.

• Public Awareness – There have been several articles published about the home already, and there certainly will be more. There will be several public open houses, and a LEED web page will be created for the builder’s web site.